The theme of this year’s Learning Disability Week is friendship and we mark that by celebrating the friendships of some of our gig buddy pairs.

David was matched with his gig buddy volunteer Mark in June 2019. When David applied to have a gig buddy, he was isolated and had very little in the way of a social live. He said that he had never seen a live band and never went out with friends. In just 3 months following his match with Mark he had been to 3 live gigs, attended a social where he met and befriended others in the gig buddy ‘community’ and signed up for an art class and the gym. David is a great example of how with a little bit of encouragement and support lives can be transformed in ways which may have seemed unlikely after years of isolation and demotivation. 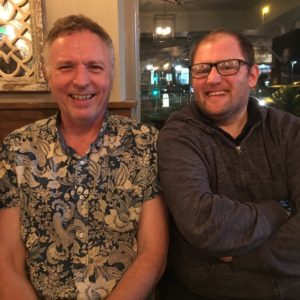 Sas has been matched to her volunteer Laura for 3 years and in that time Laura has supported her to attend a weekly football training session in Brighton run by BLAGSS Brighton Lesbian and Gay Sports Society, to the point where Sas now travels on her own to play football even if her volunteer is unable to attend. She is part of the football teams WhatsApp group who she will keep in touch with en-route to let them know she is safe. She recently attended Laura’s wedding reception alongside fellow members of her football team – a great example of someone being fully included in part of their social circle.

It was Sas’s birthday during lockdown, so Laura arranged for a surprise doorstep visit from some of her football team to send their birthday wishes. Sas can’t wait until lockdown is over and she is looking forward to a big gig buddies party and marching in Brighton Pride next year. 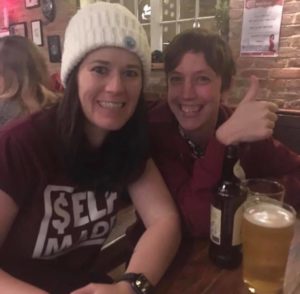 Daniel and Angie are coming up to their first year anniversary of knowing each other. They had planned to have a meal in the pub where they first met, but that has had to go on hold for the moment because of lockdown. After being introduced by the Gig Buddies coordinator Malcolm, they immediately became friends as they shared so many interests: theatre, pubs, events, bowling, football and most of 80’s music to name a few. To name a few shows they have been to 80’s mania, Bee Gees, Panto, Thriller, and the most fun Tropicana Nights – an 80s disco. The last time they went to this they had trouble walking back to the car as we had danced for 5 non stop hours.

Whilst their activities are frozen for the moment, they are currently ringing each other regularly.

Angie says: “To anyone thinking about volunteering to be a Gig Buddy – I would say don’t think twice. Being a Gig Buddy, has given me new confidence, new friendship in a widening pool of diverse wonderful, kind interesting people I would never have found otherwise and a new sense of freedom to have fun.”

Daniel says: “Having a Gig Buddy makes me smile.” 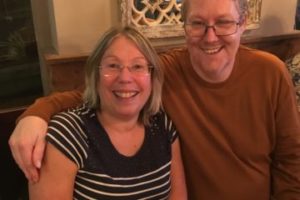