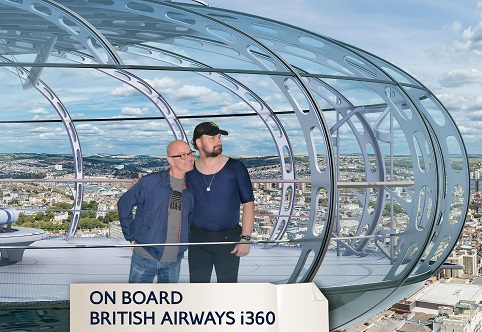 Steve, Volunteer said “Before joining Gig Buddies I’d never volunteered before but when I heard about the scheme it seemed like the perfect opportunity to do something worthwhile combined with one of my passions – going to gigs.

When I was introduced to Shannara, the person I’d been matched with there was a bit of an age difference and not much of a similar taste in music but we got on well and soon found ourselves hitting the local gig scene.”

One of the barriers for Shannara was not being able to travel independently. Shannara’s support staff explained there was a risk assessment in place where 1:1 support was needed in the community at all times. This support is exactly why gig buddies exists because often staff have inflexible rotas so cannot work late enough to support someone to the end of a gig and travel home. However, we also encourage volunteers to help their gig buddy work towards independence in a number of ways and travel could be one.

Steve said ‘Over the past two years we have attended a lot of gigs, and in addition we’ve been to a karaoke club, a silent disco, marched with Stay Up Late in the Pride parade and went to the Pride party in the park, and a regular night out is the excellent Rock House run by Carousel at The Green Door Store where my buddy gets to hang out with a lot of old friends.’ 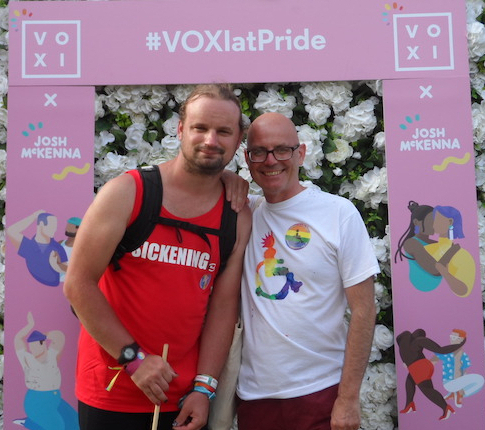 There were two issues with the picking up and dropping off situation: firstly there was the extra time involved for me, sometimes making it difficult to squeeze in dinner, and secondly the major hurdle for my buddy was not having the independence that would allow them to travel alone. However, after discussing this with the Gig Buddies team and my buddy’s support workers, a plan was put in place that would, over time, allow Shannara to travel unsupervised. Once assurances were made and Shannara had demonstrated that this wouldn’t be an issue (Shannara knows the bus routes inside out) my buddy is now able to travel freely and meet me at the venue. This has been a big confidence boost for them and makes it a lot easier for me to meet up.

It has given me an insight into the everyday frustrations that people with learning disabilities have to deal with but how with the right support from the gig buddies project together we have been able to overcome some of the barriers to help Shannara lead a more active life in his community. To read more about our No Bedtimes campaign click here

When we asked what having a gig buddy meant to Shannara they said  ‘I love having him, he’s brought me out of my shell big time. Because of him I also get to meet other people too and see my friends when I want to stay out. I now feel semi-independent and have started to travel to college on my own. It’s brilliant.’

It’s great to hear that the power of gig buddies can also help people to not just enjoy more live music, but make new friends and try new things which it what we are all about.

If you want to be a gig buddy sign up here!