This week, along with thousands of other organisations across the UK, we’re celebrating Volunteers Week to show our appreciation for the work of growing band of Gig Buddies volunteers. (Check out our tweets to see some of the volunteers we’ve been celebrating)

We’ve now got over 100 volunteers and the numbers continue to grow, as does the demand for our service.

We designed the Gig Buddies project to not only enable socially isolated people to be able to become actively involved in their communities, and in mainstream culture, but also to make the act of volunteering as easy as we can. Volunteers have told us that they really value the fact that they can fit being a volunteer around their own social lives as the role is so flexible. All we ask is that volunteers commit to at least one gig a month, and one coffee.

When we started the project we had no idea of what the impact could quite be and it was astounding to see how things are now growing in other areas. We’ve now shared Gig Buddies in 8 other parts of the UK and also in Sydney, Australia.

I’ve recently been working with the Sydney team and it was just amazing to see how they’ve developed the project in a way that suits where they live, and fits culturally with their Gig Buddies’ interests.

Sydney as a city is 200km wide so that would be like regarding Brighton and Bristol (and everywhere imbetween) as part of the same city. It’s vast!

Here’s a map showing pins for all the buddies (matched and on the waiting list). 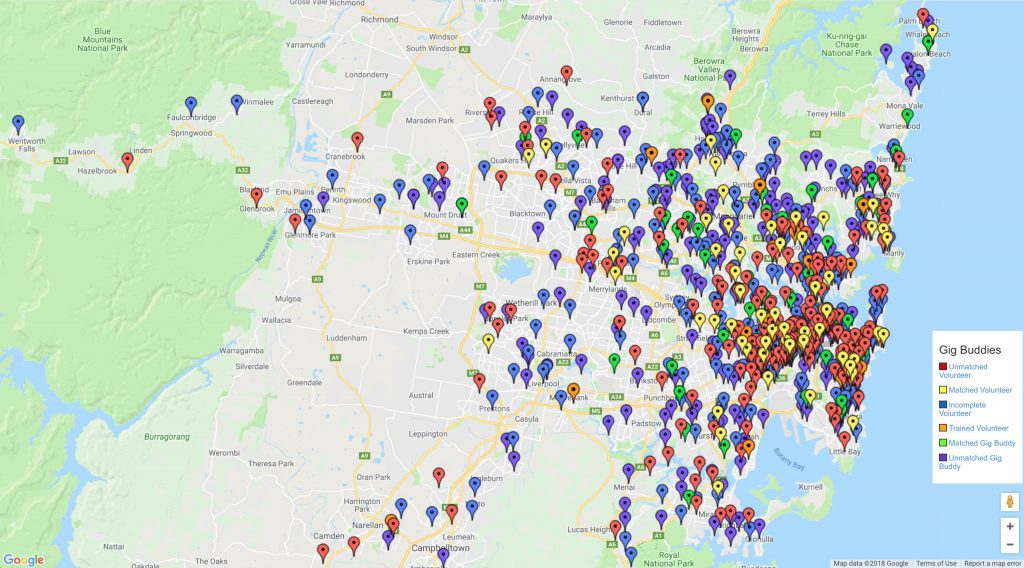 It’s not just the size of the place that’s impressive, in three years they’ve grown the project so they now have:

They’re also going out to a diverse range of gigs and events having created a fantastic partnership with Cronulla Sharks rugby league team, and working with Vivid and Sydney festivals. Their socials have also taken in comedy nights and a recent trip to see the one and only Ice Cube. 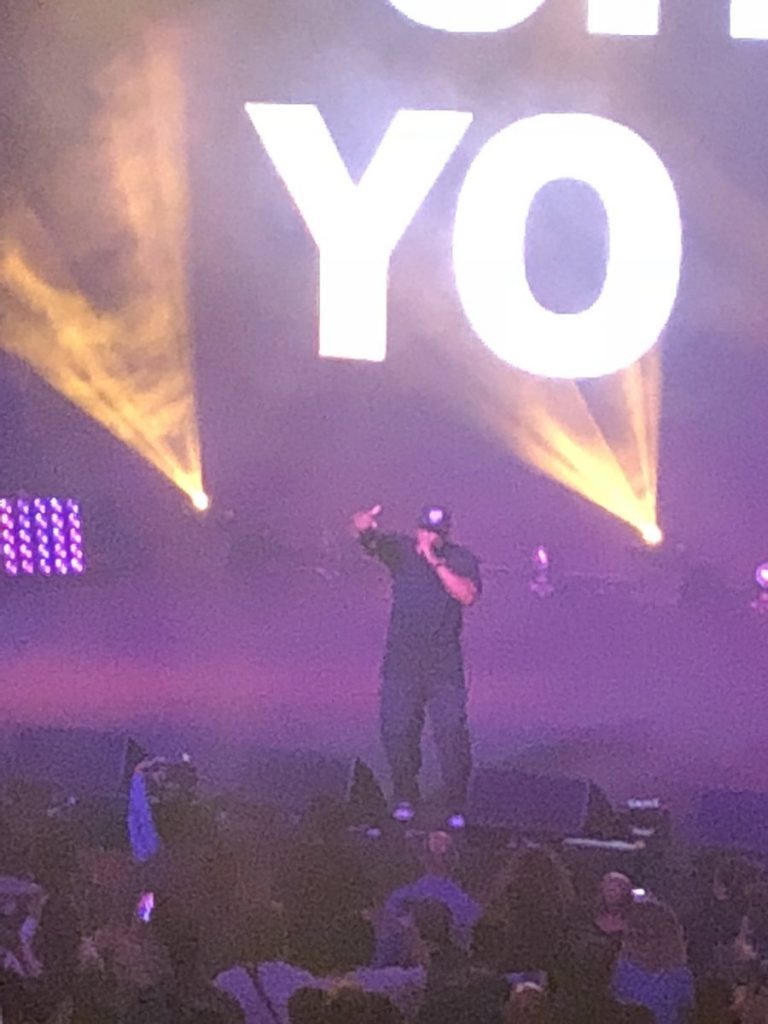 As we always say Gig Buddies is not just about having fun (although it mainly is!) but it’s also enabling people to have much better lives and our recent evaluation illustrates just what a serious impact it’s also having.

Like Sydney, we also have a growing waiting list which is a real indication of the pressures that are being placed on people by the reduced funding that adult social care now gets from central government. However, we’d also argue that the state should never be able to provide friends in peoples’ lives, but the community absolutely can.

Gig Buddies is all about having someone in your life who isn’t paid to be there, not a free support worker, just a friend.

So our next efforts with the project will be to try and reduce the length of time that people are on our waiting list and will be doing some targeted recruitment for volunteers in various areas.

So if you’re in to Japanese Noisecore and live in Midhurst, look out we’ll be hunting you down!

To sign up as a volunteer complete the application form here and join our growing band of volunteers.

And thank you again to all our volunteers, we couldn’t do anything without you!